Karlsen Motorsport is a Norwegian dragrace team that consist of very talented and experienced people. Most of these guys started working together on a funny car many years ago in Arvid Grødem’s team, Westside racing. Arvid is the former driver and owner of the car. He participated in the European Championship and ended up as #2 in 2011!

In 2013 he generously lent the car and team for Linn to do her license runs. Arvid sold the car to Tore Karlsen in 2016. and luckily, the team followed the car with the new owner and the new driver.

Our main advantage is our great work environment within the team and our tried and tested routines. 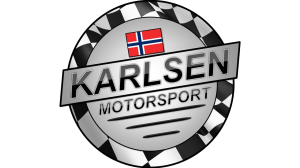